This tour takes you to the finest sights of Egypt, visiting Pyramids of Giza, El Alamein – the allied Italian and German war cemeteries, Valley of Kings, and Queens at Luxor. And with a cruise tour of eight days.

What you will do 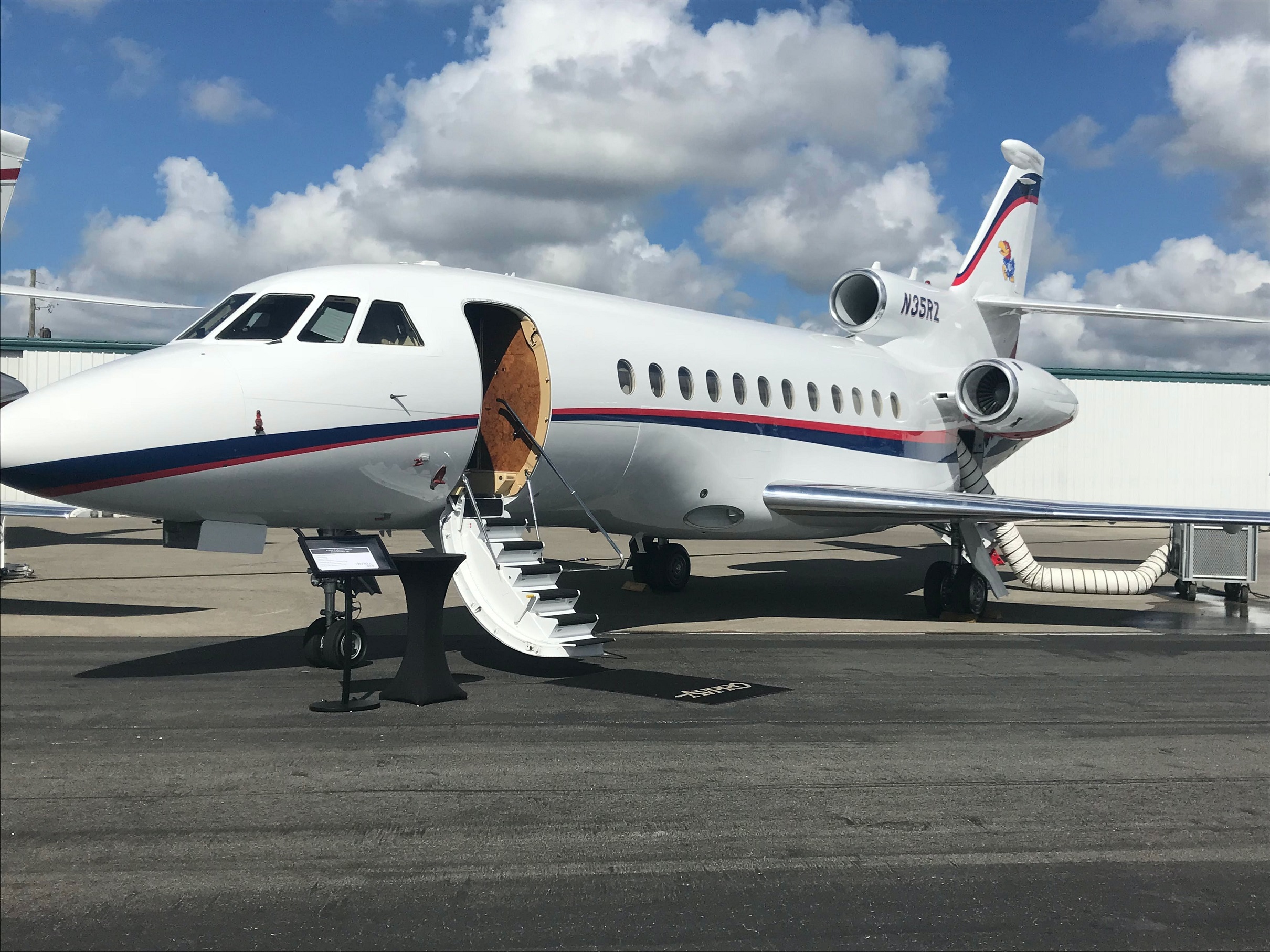 Outbound flight from the country of residence. Welcome to Cairo! Or, as the locals say in colloquial Arabic, 'Ahlan wasahlan fi el-kaheira.' Your fantastic holiday will start when you meet Geoota's representative, who will meet & assist you through the airport's checkout procedures. He will then escort you by a private air-conditioned vehicle to your pre-booked hotel, where your journey into the mysteries of Egypt begins. Overnight accommodation at your Hotel in Cairo. [x] Breakfast [x] Lunch [x] Dinner

Explore the plateau of the Great Pyramids of Giza, one of the ancient Seven Wonders of the World. Home to the mummies of three pharaohs - Cheops, also referred to as Kufu, is the most colossal ever built. His son Chephren and Mykerinus (Mykerinos) were later considered benevolent and wise kings compared to his successors. The tour will then take a close-up look at the spectacular Great Sphinx, a massive funeral complex built in 2620 BC. A wondrous structure was created from a single piece of stone forming the head of a pharaoh, "king Chephren" with a lion's body. After seeing these fantastic structures, move on to see Memphis's specific sites, the ancient capital of Old Egypt, and considered the center of rule and culture for over 3000 years - founded in 3100 BC during the first dynasty. Enjoy a trip to the earliest - oldest stone building - pyramid built by ancient Egyptians, the unique Step Pyramid of King Zoser at Saqqara. Built around 2630 BC for King Djoser, making it the world's oldest central stone structure, an idea of the pharaoh's architect Imhotep to please the gods better and admire the statue of Ramses II, believed to be the pharaoh during the Exodus. The Mohamed Ali Alabaster Mosque awaits you next, en route to the Salah El Din Citadel and then proceeds visiting the Citadel Constructed in 1183 A.D. by Salah El Din; the Citadel is one of Cairo's most popular tourist destinations and recognizable landmarks. We will visit the different parts of the medieval Citadel on our tour, including the stunning Alabaster Mosque of Mohamed Ali, the tour's highlight. Back to your Hotel. Overnight accommodation at your Hotel in Cairo. [Y] Breakfast [Y] Lunch [x] Dinner

After breakfast, check out the hotel, and you are transferred to the railway station to board the train to Alexandria. Upon arrival, you are met and transferred to your pre-booked hotel. Overnight accommodation at your Hotel in Alexandria. [Y] Breakfast [x] Lunch [x] Dinner

In the morning, you will be picked up in an air-conditioned vehicle from your Hotel in Alexandria and accompanied by a guide; you will be taken to El Alamein, a town in northern Egypt on the Mediterranean Sea coast. El Alamein witnessed the most decisive battle that raged during the Second World War, in which more than 8000 soldiers of the allied troops led by Montgomery and the axis troops led by Rommel lost their lives. On arrival in El Alamein, you will explore the town and visit the allied Italian and German war cemeteries. Further on, proceed to the Alamein Museum. It has five main halls, one representing each country participating in the El Alamein Battle (Germany, England, Italy, and Egypt) and a joint hall exhibiting weapons and tanks used in battle and paintings representing war scenes. Later we drive back to Alexandria Overnight Stay at the Hotel in Alexandria. [Y] Breakfast [Y] Lunch [x] Dinner

Your day will start with an early breakfast at the hotel. Your guide for the day will pick you up and transfer you to visit the Fort and Citadel of Qait Bay, built around 1480 by the Mamluks sultan Qait Bay. It is believed to rest on the site and be made from the Pharos Lighthouse's stones, one of the Seven Wonders of the ancient world. Nearby is a small naval museum, which was mainly devoted to Nelson's, defeating Napoleon's fleet right off the coast of Alexandria on August 1-2, 1798. Next is a visit to the Bombay's Pillar, built-in 297 ADS for the Roman Emperor Diocletian. The Pillar itself is 9 meters / 29 feet in circumference, and it is said that 22 people could lunch on the capital or flat top of the Pillar. Lunch is taken en route. The day ends with a visit to the Catacomb of Komel-shokafa. These tombs were tunneled into the bedrock in the age of the Antonine emperors (2nd century A.D.) for a single wealthy family still practicing the ancient religion. These tombs represent the last existing major construction for the old Egyptian religion. Overnight Stay at the Hotel in Alexandria. [Y] Breakfast [Y] Lunch [x] Dinner

After breakfast, we checked out of the hotel and later started our drive back to Cairo. Upon arrival in Cairo, we checked into our pre-booked hotel. The rest of the day is free for your activities or optional. Overnight Stay at the Hotel in Cairo. [Y] Breakfast [x] Lunch [x] Dinner

After breakfast, check out from the hotel & transfer to Cairo International Airport for your domestic flight to Luxor city, where a floating hotel will cruise you back in time to the mesmerizing sites of Upper Egypt. Upon arrival at the Luxor Airport, you are met and proceed to superb visits of West Bank sightseeing when you cross the Nile to the fascinating Valley of the Kings & Queens, a vast City of the Dead where magnificent tombs were carved into the desert rocks, decorated richly, and filled with treasures for the afterlife by generations of Pharaohs (Witness the ancient tombs of Pharaohs). You will also have the chance to visit at least one tomb in the Valley of the Queens. Then Hatshepsut Temple Rising out of the desert plain in a series of terraces, the incredible Temple of Queen Hatshepsut (Ancient Egypt's only female pharaoh) merges with the sheer limestone cliffs surrounding it as if nature herself had built this extraordinary monument. Photostop Two Colossi of Memnon: On the way back to the river Nile, your road passes by the much-famed photographed Colossi of Memnon, known in Ancient Greek times for their haunting voices at dawn. This afternoon your Egyptologist will guide you on a tour of the East Bank of Luxor; experience the East Bank's breathtaking temples of Karnak and Luxor. Starting with the strikingly graceful Temple of Luxor dedicated to the god Amun, then Karnak Temple, built over more than a thousand years by generations of Pharaohs. The great "Hypostyle Hall" is an incredible forest of giant pillars covering an area larger than the whole of Notre Dame Cathedral. Dinner & Overnight accommodation onboard the cruise in Luxor. [Y] Breakfast [Y] Lunch [Y] Dinner

Breakfast on board the cruise. This day visit begins with a glimpse of local village life before a visit & explores the stunningly preserved the largest and most completely preserved Pharaonic – albeit Greek-built the extraordinary Temple of God Horus, son of Osiris, one of the complete architectures in Egypt. Sail on to Kom-Ombo. Lunch onboard the cruise during the sail. Arrive Kom-Ombo; admire the superb Temple of Kom-Ombo, the only double temple in Egypt uniquely dedicated to two gods shared by the crocodile-headed God Sobek and the falcon-headed God Haroeris. This temple stands at a bend in the Nile where sacred crocodiles basked in the sun on the riverbank in ancient times. Continue sailing to Aswan & the Dinner will be during the sail. Arrive at Aswan & Overnight accommodation onboard the cruise. [Y] Breakfast [Y] Lunch [Y] Dinner

Breakfast on board the cruise. Proceed with the visits of Aswan, including the romantic and majestic Temple of Philae that awaits your holiday with a magnificent tour by felucca around Kitchener's Island and Elephantine Island & the Botanical Garden on a tranquil afternoon and muse at the stunning Agha Khan Mausoleum. Lunch onboard the cruise. Take a short motorboat ride after visiting the romantic Philae Temple on the Island of Agilka. Finish the visits of Aswan with the Marvel High Dam, which is the largest rock-filled dam in the world, passing by the old Dam of Aswan - Egypt's contemporary example of building on a monumental scale. Later, visit the grand unfinished obelisk in the ancient quarries, which supplied the ancient Egyptians with most of the hard stone used in pyramids and temples, and still hold a giant unfinished obelisk. Dinner & Overnight accommodation onboard the cruise in Aswan. [Y] Breakfast [Y] Lunch [Y] Dinner

Breakfast and disembarkation from the cruise Transfer to our lake Nasser Cruise started another portion of the cruise from Aswan to Abu Simbel. Lunch on board. Visit Kalabsha temple with its Pharaonic aspect, remodeled into the Greco-roman style, and dedicated to the God Mandoulis; visit the Hemi-speos of Beit El Wali, erected by Ramses II at the beginning of high Reign, Also visit the Kiosk of Kertassi, erected to honor the Goddess Isis. Overnight accommodation onboard the cruise in Aswan. [Y] Breakfast [Y] Lunch [Y] Dinner

Sailing to Wadi El Seboua. Lunch and Dinner will be served onboard the cruise ship. Overnight on board. [Y] Breakfast [Y] Lunch [Y] Dinner

Morning visit to Wadi El Seboua. Ramses II dedicated the temple of Wadi El Seboua to the two Gods Amon Ra and Ra Harmakis; the temple of Dakka, dedicated to the God Thot of divine wisdom, lord of times science, master of literature; visit the Greco-Roman temple of Maharakka. Lunch will be served while sailing to Amada, visit the temple of Amada of the XVIIIth dynasty, built during the reign of Thohotmosis III, Amenophis III, and Thohotmosis IV, Also see the hemispocs of Derr, dedicated by Ramses II to the rising sun and the tomb of Penout, viceroy of Nubia. Sail to Kasr Ibrim while Dining and Overnight on board the boat. [Y] Breakfast [Y] Lunch [Y] Dinner 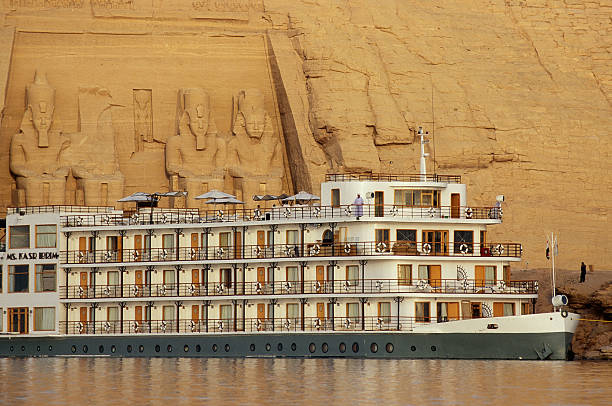 Breakfast is served on board early morning, then visit The Citadel of Kasr Ibrim, the sole relic of Nubia's distant past in its original location. A citadel dominated this hill during the Pharaonic period and throughout the medieval era. The hill's summit was dominated by a cathedral of which we can still admire some Roman arches. The explanation is done from the ship's sun deck as the entrance to the site is not permitted. A relaxing afternoon while sailing to Abu Simbel and after lunch visiting the temples. Visit the Abu Simbel temples, a symbol of the international campaign for the salvage of the Nubian monuments, the temple of Ramses II, and his beloved wife, Nefertari. Dinner and Overnight accommodation on board the boat. [Y] Breakfast [Y] Lunch [Y] Dinner

Please enjoy an early morning visit to the temples for those who want to watch the spectacular sunrise at Abu Simbel. It is now time to say goodbye to the sacred Nile and disembarkation from the cruise for a transfer to Aswan International Airport for a domestic flight to Cairo. Upon arrival in Cairo, you are met and transferred to your hotel. Overnight accommodation at the Hotel in Cairo. [Y] Breakfast [x] Lunch [x] Dinner 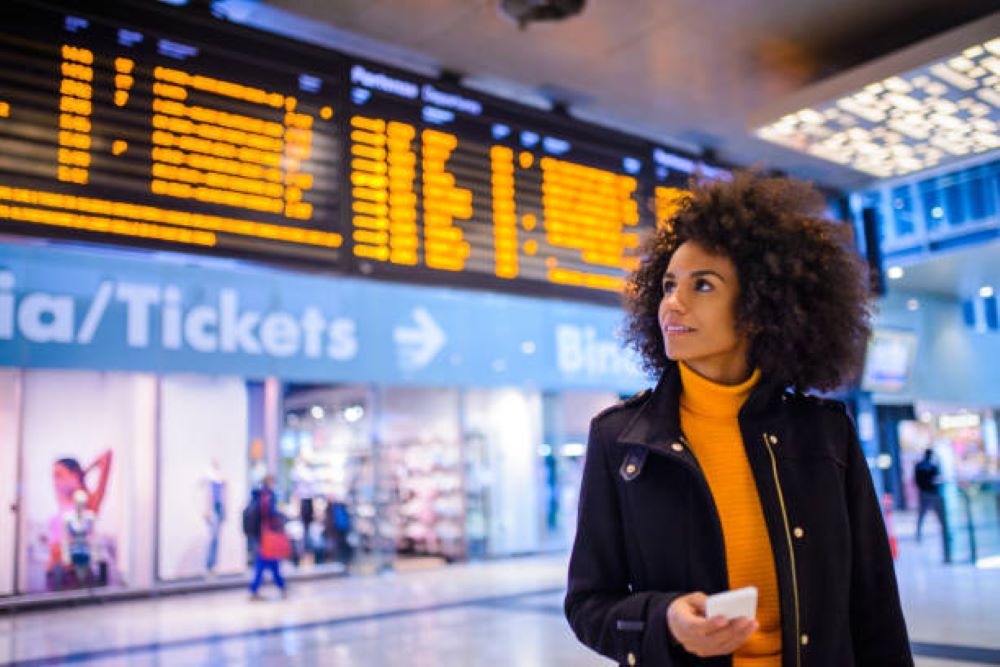 Today you are transferred in time for your flight back home. [Y] Breakfast [x] Lunch [x] Dinner

Your tour will start/conclude from/To Cairo Airport as its private tour for approximately 16 days.
Yes, this tour visits the Pyramids area plateau. However, some clients who wish to enter inside the Pyramids, especially the Great Pyramid (against charge), should indicate booking to pick them up earlier and purchase tickets directly on site. 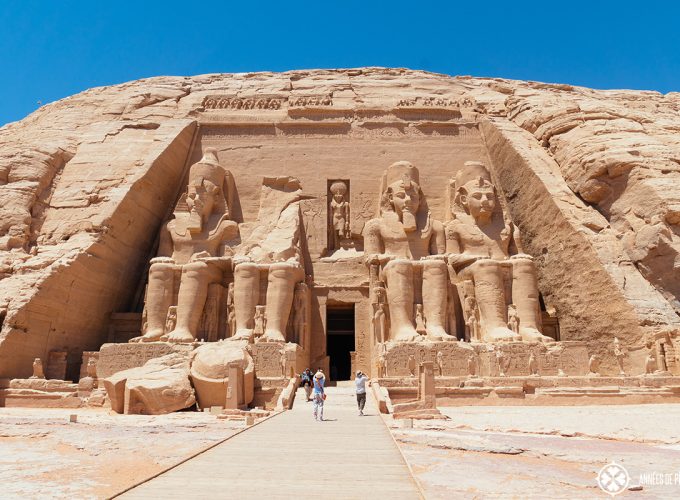 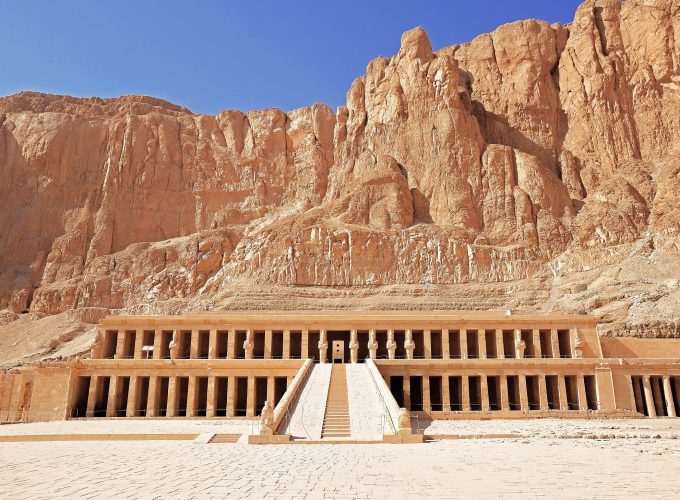 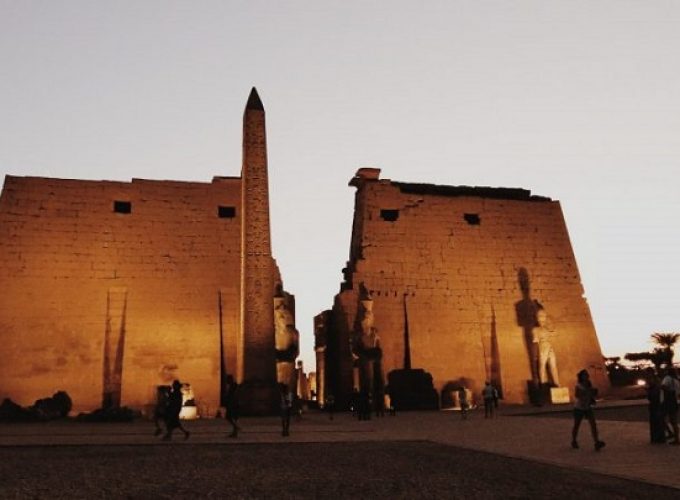 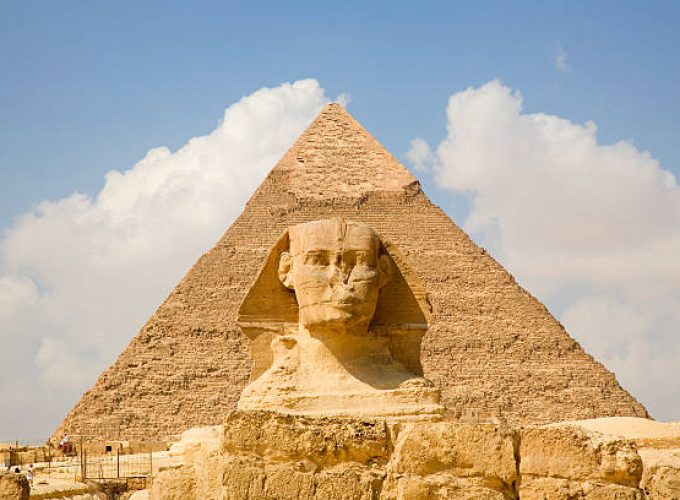